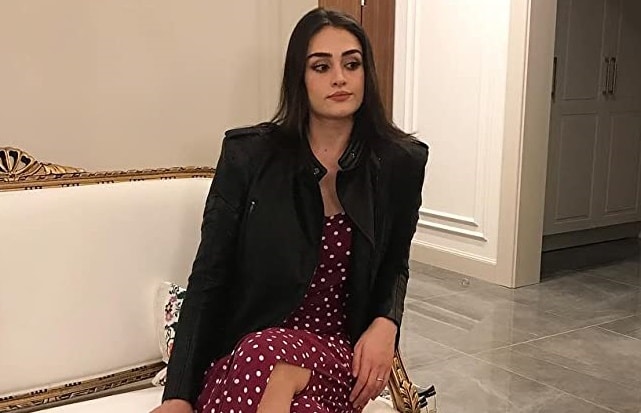 Esra Bilgic has become the heart of Pakistan with her super-duper acting skills as Halime Sultan in Dirilis: Ertugurl and, obviously, her cuteness. She is also now the talk of the town after becoming the brand ambassador of many Pakistani brands.

Many Pakistani artists opposed her for taking their places, many came forward to boycott foreign artists and let local celebrities represent Pakistani brands. But, Esra’s hardwork destined her to the fame she deserved.

In a recent video of JazzDigital, Esra is seen trying Pakistani food, and people couldn’t help themselves but commenting on her cute expressions after trying out some famous dishes of Pakistan. In the video, Esra Bilgic first tried Pulao which was hot but yummy and delicious for her. She was then seen trying out Chicken Karahi which was so spicy for her. Her pronunciation of these desi dishes was heart-melting. After eating so much spicy dishes, she wanted something dessert, so she was offered Jalebi. Eating a jalebi was a relief for her, and she compared Jalebi with Tulumba Tatlisi, a Turkish dessert dish.

The most fun part was when Biryani came in front of her, and she took a spoon of it. She expressed her excitement by saying “Oh..I understand now” which means now she knows why Biryani is the number 1 dish of Pakistan. In the end, Esra gave her heart to biryani out of all the dishes she tried. She said that Biryani is her no.1 dish without a doubt.

See, Esra also approves Biryani after Cengiz Coskun (Turgut Alp). What do you guys think now? Have you seen that clip by JazzDigital yet??