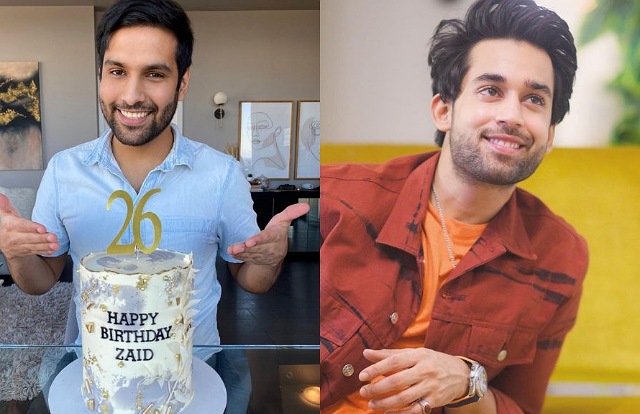 The leading YouTube content creator Zaid Ali T celebrated his 26th birthday, but Bilal Abbas Khan doesn’t seem happy with it. And it’s not only Bilal who thinks there’s something fishy, there are many people who want an explanation of Zaid’s 26th birthday. Actually, 26 years of age doesn’t fit on Zaid, and it is quite true. 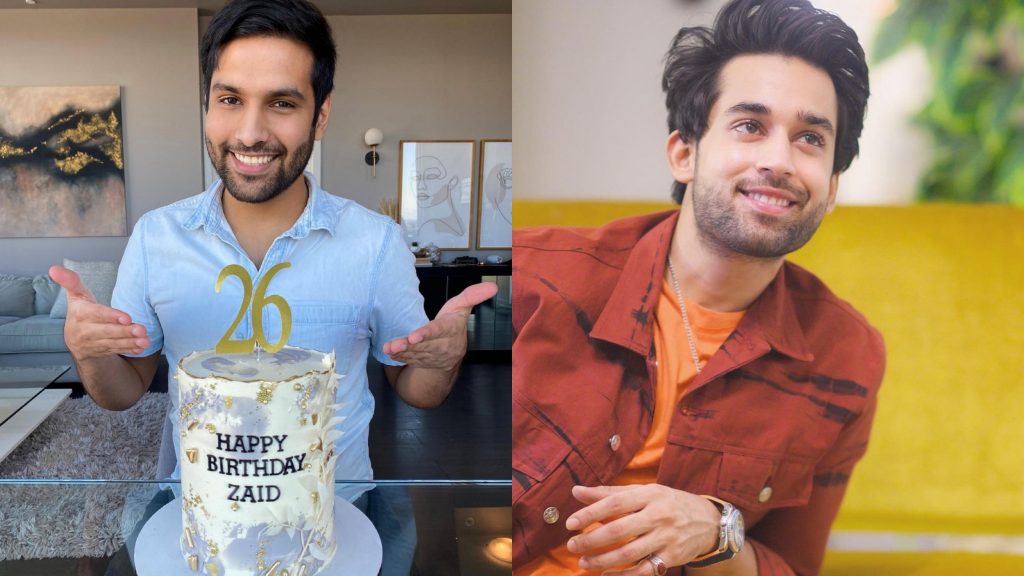 Zaid is famous, fabulous, and one of the very few Pakistani YouTubers who started very early. At that time YouTube was continuously banned in Paksan, and risk-takers like Zaid were planning to choose it as their career. The saying that “Hard work pays off” is very true for Zaid. He has earned a fortune from Youtube and is continued to grow as a content creator and influencer. 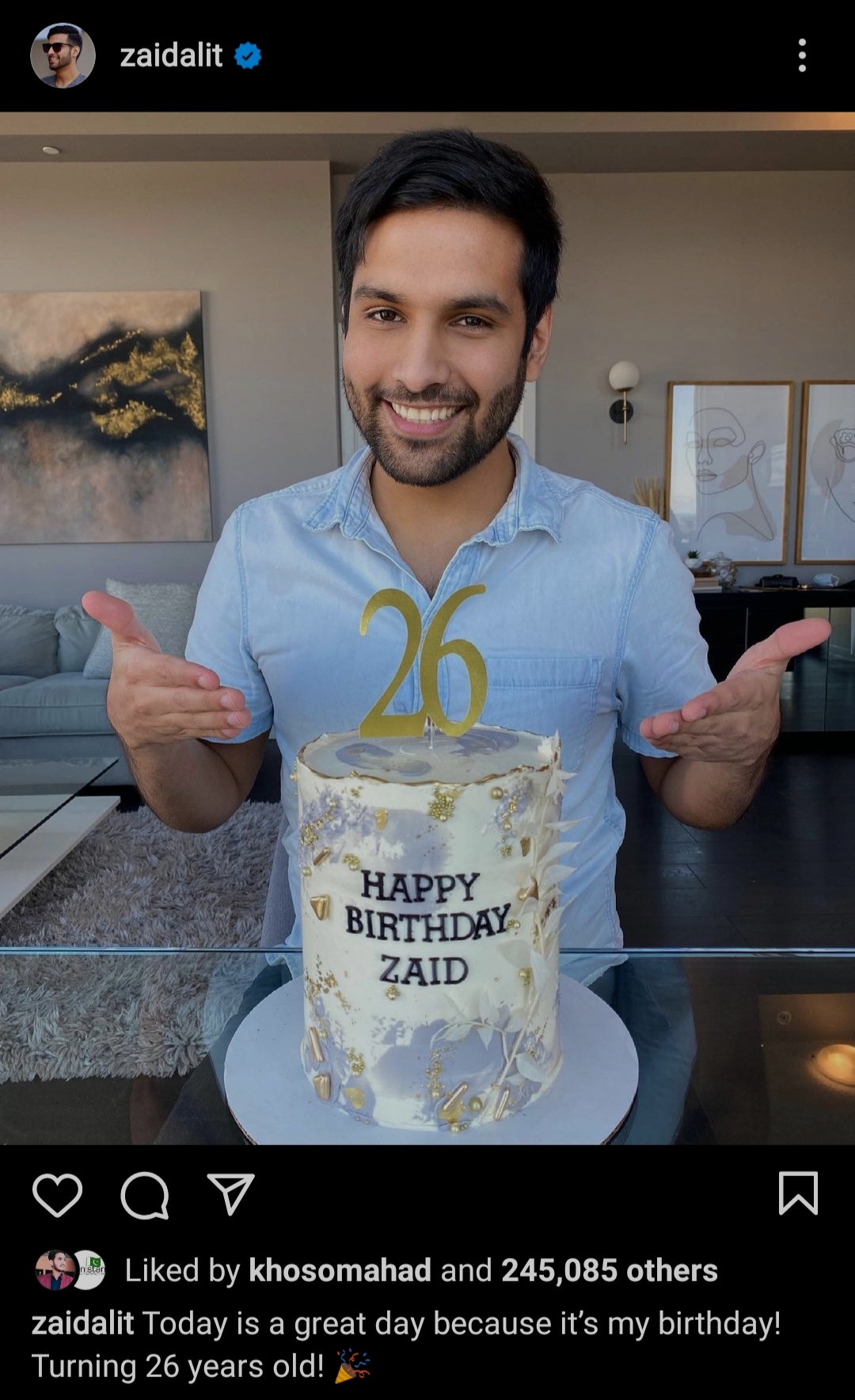 About yesterday, Zaid posted a picture on his Instagram with the caption “Today is a great day because it’s my birthday! Turning 26 years old!” People were confused because Zaid can’t be 25 years old as they’re seeing him for ages. The post got viral on social media, and people are now busy guessing his real age. Many have flooded the comments section asking him to give an explanation. 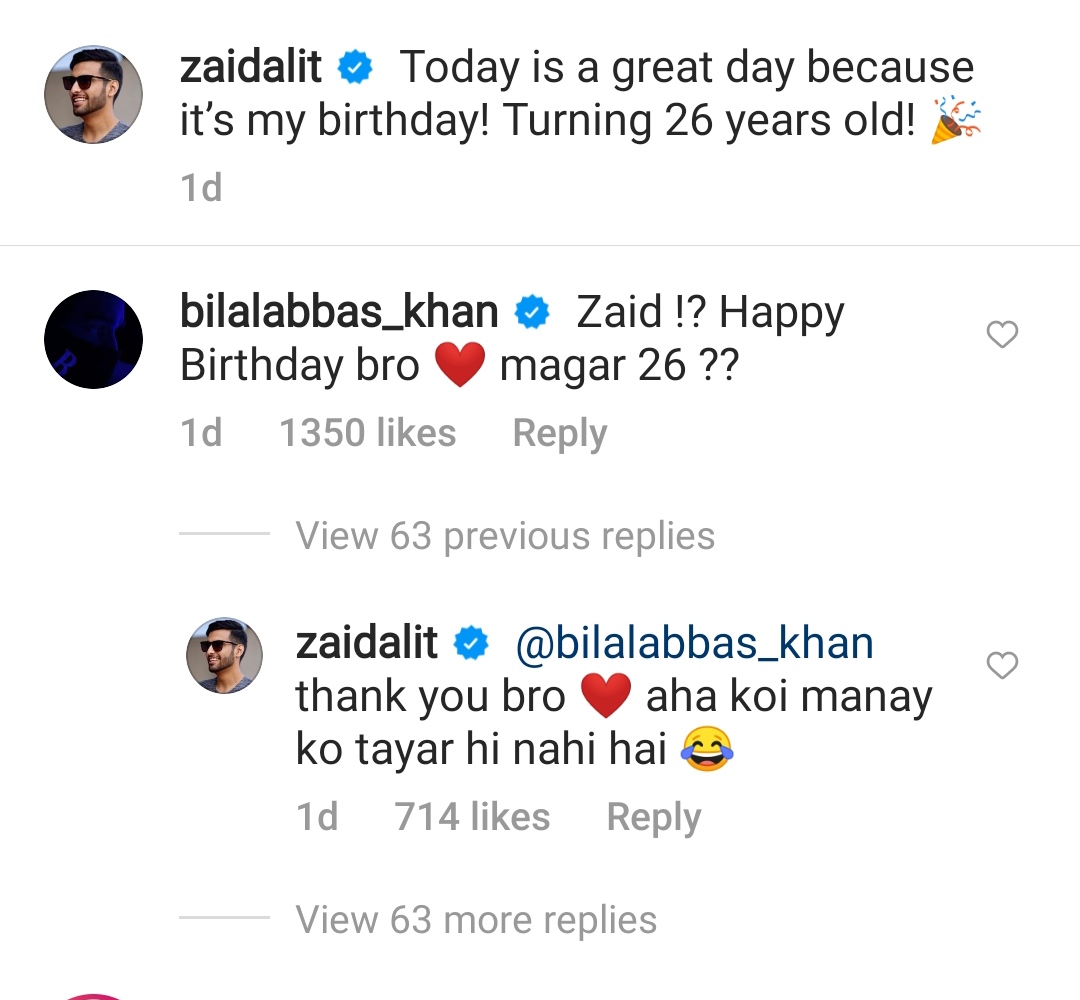 The renowned actor Bilal couldn’t resist himself after seeing the post. He wished Zaid and questioned him how can you be 26 years old? Zaid was also quick to reply, he wrote, “Thank you bro, and yes, no one believes me!” Their conversation also received hundreds of replies. But they didn’t hear back. 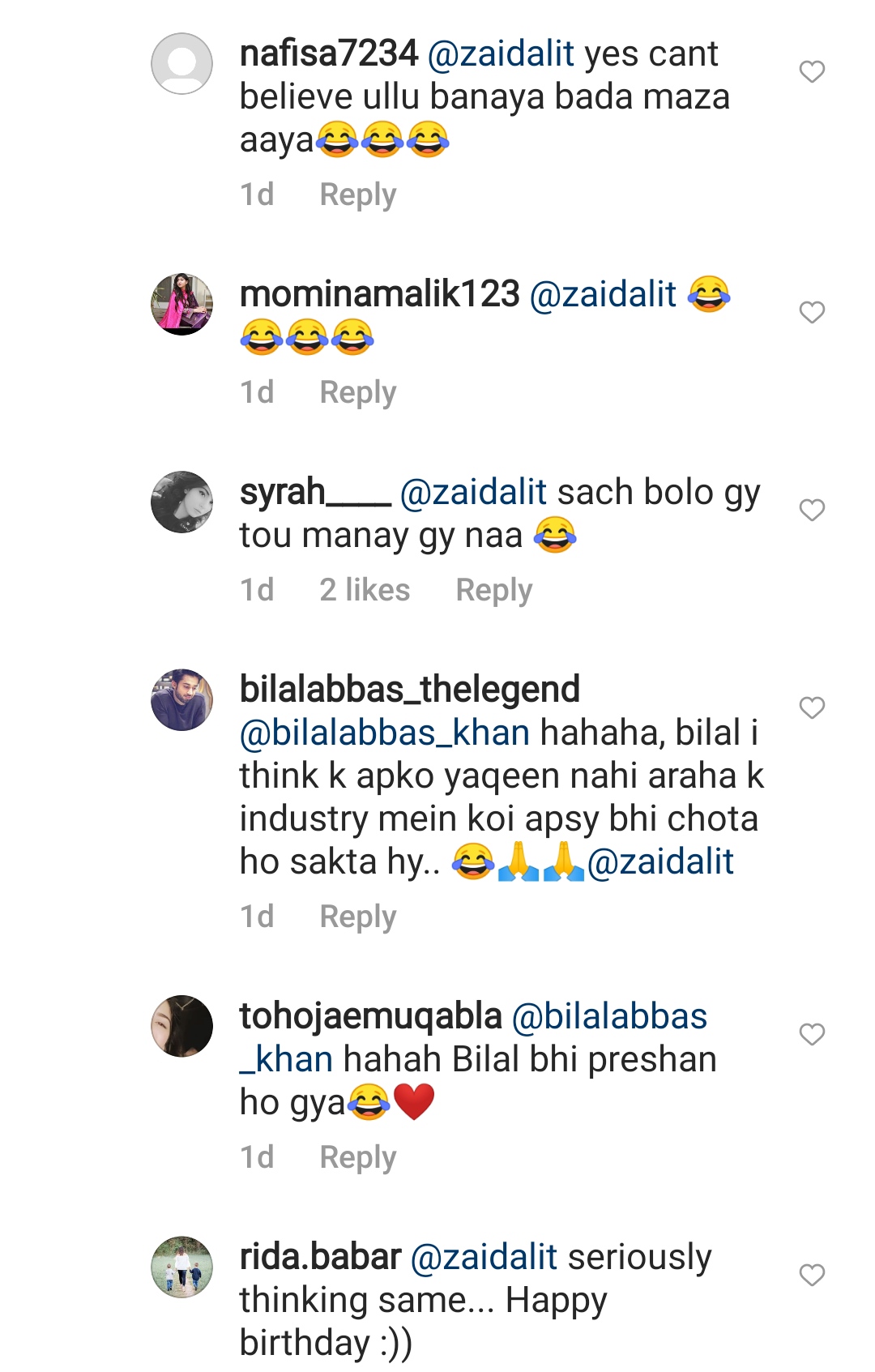 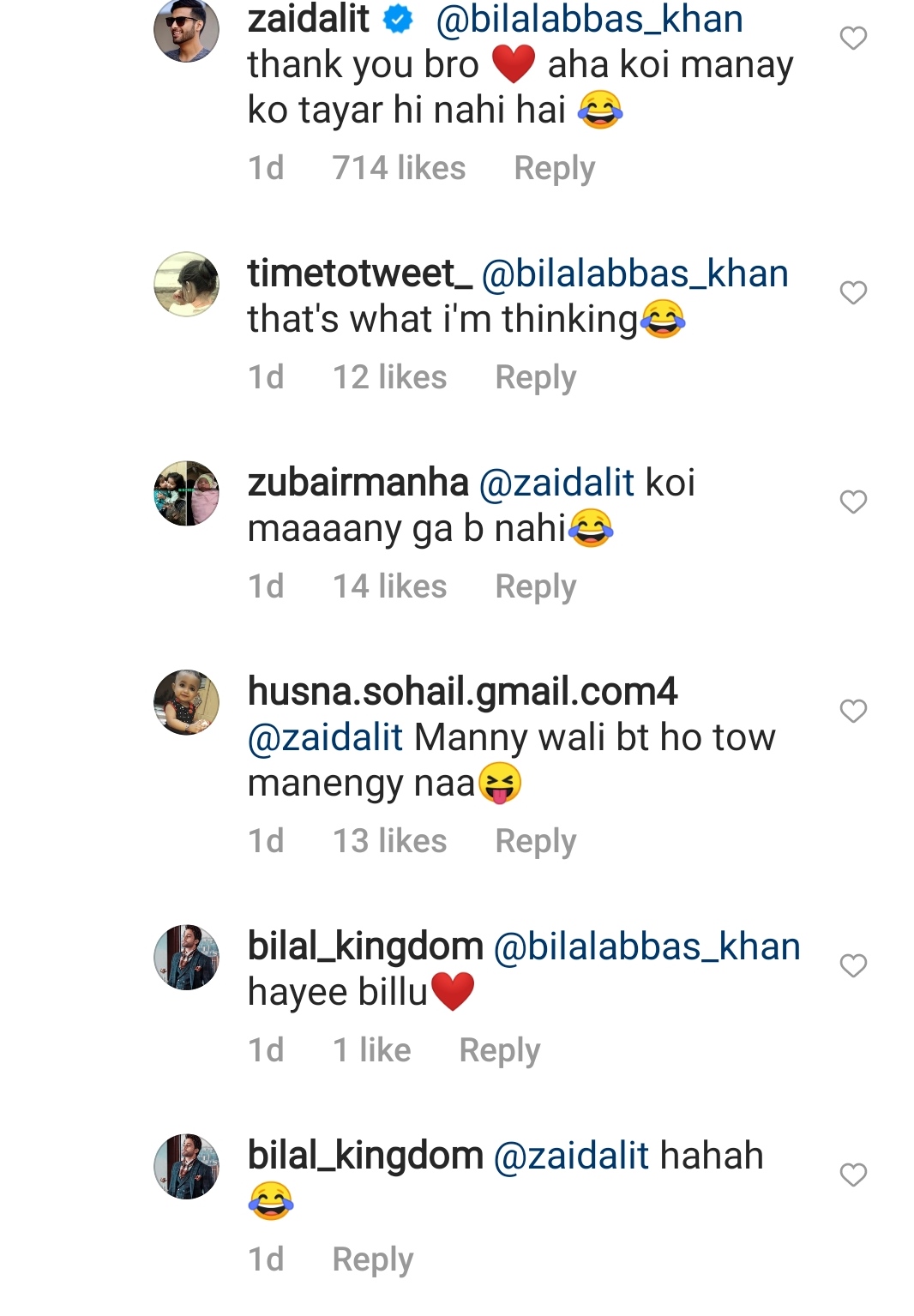