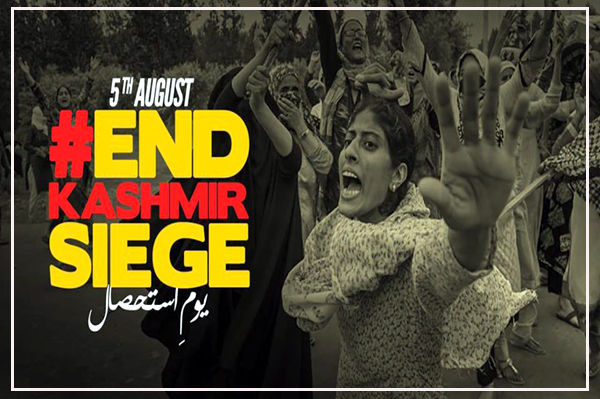 See Prime Originals came out with a short film, naming “Article 370” on August 5 (Kashmir Siege Day). The short film is staring Maryam Nafees as the main role. Nafees has been doing a lot great in the Pakistani Showbiz industry. Diyar-e-Dil was her first television debut where she acted as character “Zarminey”.

Article 370 by Ibrahim Baloch shows a life of Kashmiri struggling with a lot in Kashmir lockdown.

Produced by Madiha Majeed, this short film revolves around Gul-e-Rana, a Kashmiri married girl who is waiting for her husband to come home. She is expecting a boy child in her womb, but the lockdown in Kashmir is making her life miserable day by day. Her life is about to turn upside down, and her blessing a curse in disguise.

The director was seemingly very concerned about the situation at the other side of the border and wanted to mark this historical event of Kashmiris suffering. The actress Maryam Nafees was deeply influenced by the heart-wrenching storyline. She thinks that such projects can not be seen often on the big screen. The short film is touchy and highly recommended to watch. It is approximately 17 mins long.

We are well-wishers of this short film. May this story attracts everyone’s heart and make waves for free Kashmir.