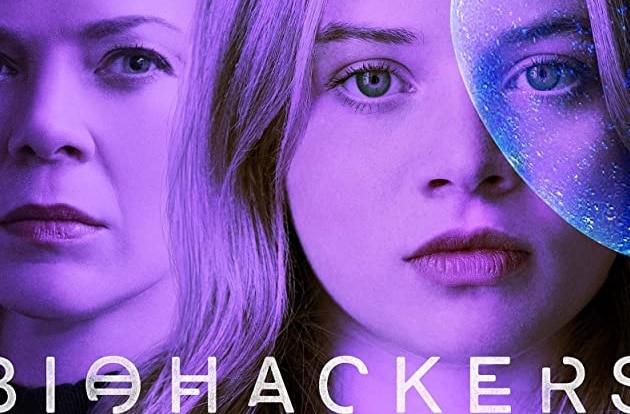 Netflix has been a host to content from a lot of countries. It’s subscription a great way to increase to increase your watchlist diversity. With a lot of Indian, Danish, Spanish series getting limelight and trend, other people started expecting a lot from their countries artist’s.

DARK (2017) obviously proved to be a very big step for German TV to get recognised globally. After DARK’s success numerous other German themes series released on Netflix which include “We are the wave” (2019), “Dogs of Berlin” (2018) and in 2020 we have the new “Bio-hackers”.

DARK created a big impact on regular Netflix viewers but the question remained that if any of these series would be able to reach the caliber or maybe pass the caliber created by DARK.

Well to answer that question, we reviewed Biohacker. Biohacker is a 6 episode series which is based upon a girl going to a top medical university in Germany in order yo uncover a conspiracy regarding her biology teacher which also somehow links to her family.

Since this was only based on 6 episodes, It’s pretty obvious to say that the series in whole was fast paced. The start seemed promising enough. The first five minutes of the train sequence keep your attention to the series which is then lead by a flashback of 2 weeks before heading to explain the events which happened in the train.

The story is captivating but the runtime hosts too many plot twists which can be taken in a good sense but are most of the time predictable and move on to seem ridiculous as the series progresses.

Acting by all actors is done well, nothing extraordinary but not average as well. It would have been more easier to judge if the story wasn’t revolved around only one character. Even if it was, there should have been at least a little back story or details for supporting roles in order to feel attached to them.

Speaking of cinematography, it’s nothing extraordinary. “Vis a Vis” (2015) had quite similar cinematography compared to this. Nothing new but executed just fine.

BGM doesn’t really have a good effect, it’s presence is almost negligible and doesn’t matter if it’s present or not.

One of the things that I actually really appreciated about the series was that how they dealt with the accuracy of biology in the series, Normally, something like this is always expected to be made in USA but it was very eye-pleasing to see Germany making a mark in this and adding their own twists with relevant information and a really good plot and script.

What I’d prefer for season 2 is a more detailed and lengthy season because it has a lot of potential to be a next big thing if it doesn’t limit itself to only Mia/Emma’s story.

In the end, the beginning was remarkable, the mid was a bit of disappointment but the cl cliffhanger made up for it even though it became predictable.