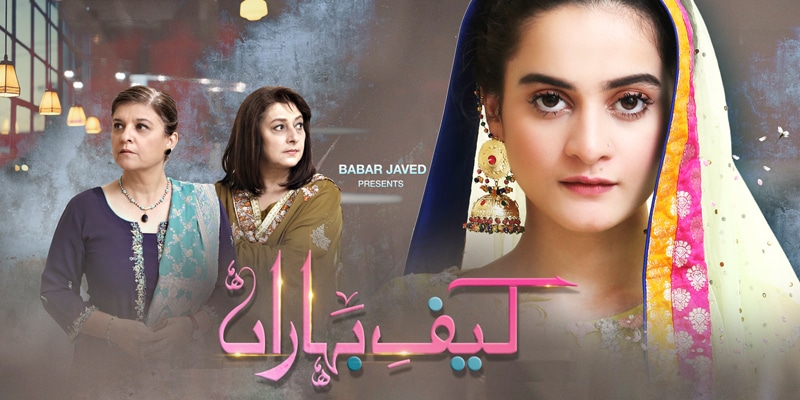 Mann Mayal enters into the 14th episode today. The drama has flashed into the new realm and there are lots of changes in the new episode. Starting from the Salahuddin family, the luck and the life of the house has faced a complete turnover. Salahuddin sister is happily married to a guy residing in America. The mother and the sister and preparing for her shifting.

The scene folds and it seems that Salahuddin is quite wealthy and a famous man now. Busy with the office and the business, his mother lectures him to be humble and polite and to not involve the modern worldly money related pleasures. He humbly denies that his being involved in business and work has nothing to do with money and the lust to be rich. Then there is Salahuddin’s secret admirer, Jeena. She works in his office and constantly stalks him and waits to get his attention by any way and chances.

Jeena in order to grab her boss’ attention, Jeena stays late at the night and Salahuddin is busy doing his work. She comes and ask if he wants something or any dinner to which the former gets agitated and asks why she is staying so late at night. Jeena replies that she is here if he needs anything to which Salahuddin replies that she shouldn’t stay so late and she is now free to go. Jeena agrees but then he asks how she will go. In the end, Salauddin decides to drop her himself.

During the ride, Salahuddin asks Jeena that he can talk to her parents if they are agitated by her behavior. He can talk to them and apologize and in other case there is no need to stay late as her parents can also restrict her to leave the job. Jeena sadly tells that her family is dead and there is no one for her to wait.

On the other hand, Manu is leading a quite sad life with her husband being his usual drunk self. The careless attitude has gotten to the peek even after a baby and a second underway. He scolds her for even minute things and tortures her even when she is expecting and is sick. Salahuddin keeps a check on her long-lost love and takes care whenever she needs anything. In the midst of this, Manus’ husband pushes her so hard that she fells and become seriously ill. On the flip side, Salahuddin leaves his servant to Manu’s house if she needs anything. To his dismay, Manu falls ill to which he rushes to the hospital and books everything from the earnest.

Manu from the interrogation of her mother-in-law knows that it is Salahuddin who has done everything. She calls and gets angry at him for doing everything without her consent and tells him again that she doesn’t needs his concern, money or any other thing as he means nothing to her.

On the other side, Jeena keeps inquiring about Salahuddin absence from the office. The agitated Salahuddin calls and asks about the concerning matter. The former says that she was worried about him as the driver told he was in hospital and she can’t work without him. The love-struck Jenna again calls him in the night and inquires about pointless things. The irritated Salahuddin told her that here is no need to be awake at night as she might fall sick and he will have to visit her to the hospital which will be a loss. Jeena heads over heel in love with his personality becomes happy and prays to fall ill so that he can have his time and attention all by herself.

Coming to the progressive story, Salahuddin is in call with the servant and asks about Manu’s health and everything. He says that it is good if she stays busy and takes care of her children. This way she won’t have to worry about her husband and all. Jeena is standing behind watching him with the childish behavior and manner.

Mikael agitated with the children around his house tells Manu and his parents to send Manu away to her parents as he doesn’t like children. His mother is pissed off with his derogatory behavior and tells him that they are all gone for pilgrimage. She further asks that if he paid the hospital bill to which he stutters but replies in affirmative. His father asks about Mikael’s business which is nothing but bogus games. Manu covers up that he works in a foreign call centre due to which he is out all night. On the other scene, Mnau confronts Mikael by asking who paid the bill because she knows that it wasn’t him. She tells him about Salahuddin and he tries to recall without an ounce of concern and care.

Let’s see what next episode has in store for us. Today’s episode was a bit changed when compared to the previous ones as story was progressing with sluggishness. But now seems that Mann Mayal has taken a strong turn. In the next episode, the servant will do as ordered by Salahuddin and it seems that Manu will find out who the mysterious Guru is. Stay updated till next week to know more about what happened!